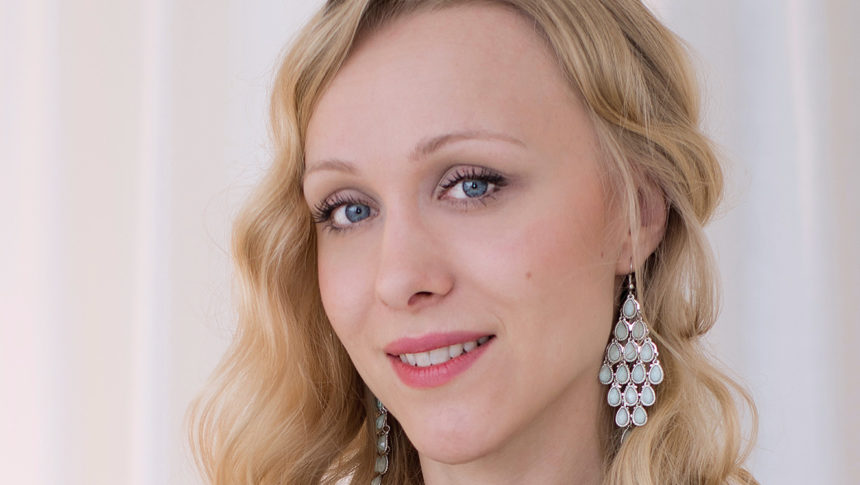 Soprano. In 1999, she graduated with distinction from the State Secondary Music School in Białystok having two majors: rhythmics and solo vocal. She continued her singing education with Prof. Halina Słonicka at the Fryderyk Chopin University of Music in Warsaw. In June 2004, she graduated with honours from this university’s Vocal Studies Department, Prof. Jadwiga Rappé’s class. She’s participated in many singing seminars and master courses taught by Olga Pasiecznik, Prof. Teresa Żylis-Gara, or Jagna Sokorska-Kwika. In 2002, she received a distinction at the 21st International Belvedere Singing Competition in Vienna.

While still a student, in 2003 Mirosławska became a soloist at the Warsaw Chamber Opera, where she made her debut in three leading roles: the Queen of the Night in The Magic Flute, Cherubino in The Marriage of Figaro, and Sylvia in Ascanio in Alba. She has toured Spain and Japan four times, each time appearing in operas by Mozart. For thirteen years she’s taken an active part in the annual Mozart Festival.

She has nineteen roles in her repertoire, in various operas by Handel, Mozart, Weber, Rossini, or Rameau. She’s appeared on stage at the Silesian Theatre and the Polish Theatre. In 2012, together with Jakub Burzyński, she initiated the Barok w Radości early music festival in Warsaw.

Mirosławska often appears on stage, she performs with many orchestras both in Poland and abroad (solo parts in Mozart’s Requiem, Haydn’s The Seasons performed in Germany, and many other). She collaborates with philharmonics from all over Poland, and with early music ensembles, such as Il Tempo, La Tempesta, Kleine Cammer-Musique, Narol Baroque, Diletto, Sabionetta. She’s performed in the National Philharmonic, the Wrocław Philharmonic, the Silesian Philharmonic, and the Philharmonic in Opole, as well as at the Royal Castle in Warsaw, the Concert Studio of the Polish Radio, and at the Polish embassy in Paris.

Since 2017 she’s been a soloist at the Polish Royal Opera, where she appears as the Girl in S. Moniuszko’s Dziady-Widma (“The Phantoms”) and Cherubino and Barbarina in Mozart’s The Marriage of Figaro.